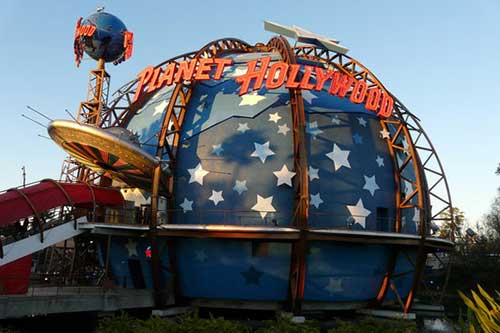 You will feel like a Very Important Person the moment you enter Planet Hollywood Orlando.

When you walk into Planet Hollywood, you will be taken back in time with its turn-of-the-century designs and the magnificent architecture. You will discover several exhibits of one-of-a-kind Hollywood artifacts and a gigantic 4,500-square-foot wall of a movie in state-of-the-art sound and media.

And the food is pretty good too. The menu has been revamped, featuring a unique selection of burgers and sandwiches from chef Guy Fieri. With an assortment of shareable starters and the upscale dishes like New York strip steak and the world-famous Chicken Crunch, you can’t go wrong here.